Sometimes people just don’t want to hear hard truths. That doesn’t mean that the truths are frightening, they can simply shatter their worlds.
This sermon is quite a bit different from how it was written, therefore, please listen to the sermon rather than read it.  The sermon notes which are included for convenience.

Jesus is telling his disciples some very tough things to hear, at least to the sensitivities of our 21st century ears. This message is a continuation of the Matthew commission in which he is sending out the 12 to the ends of the earth in order to bring the good news to the people. And it’s a stern warning that the word of God will not always fall on willing ears. That there will be many who will adamantly oppose what they have to say. But that what has before been secret. That the good news is about much, much more than how everyone previously understands it. It’s about bringing the truth to the light and a new comprehension of the relationship between God and humankind.

It is an upending of how we have come to know the Messiah. The Prince of Peace is telling the disciples that rather than peace be brought to the earth, he is going to upend the natural order with a sword. And this sword will be a truth that cuts through natural relationships. Children will turn against their parents. And if a parent cannot set their sons and daughters aside if it means following Christ, than they should not bother following Christ. The path to discipleship is sometimes hard and can sometimes be lonely. But the promises that Christ is telling his disciples, the sharing of this new kingdom and the opportunity to spread the news of it to others, is far greater than any family bond. 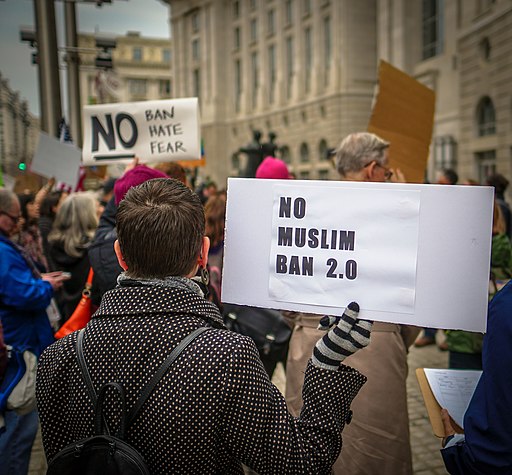 On examination, the familial bonds that Christ is talking about echo the words from the prophet Micah in chapter 7, who we don’t often hear from:

5 Put no trust in a friend,
have no confidence in a loved one;
guard the doors of your mouth
from her who lies in your embrace;
6 for the son treats the father with contempt,
the daughter rises up against her mother,
the daughter-in-law against her mother-in-law;
your enemies are members of your own household.
7 But as for me, I will look to the Lord,
I will wait for the God of my salvation;
my God will hear me.

However, It should also be noted that Jesus is not simply bringing words designed to destroy the traditional family. He’s telling the disciples the truth of the matter. That relationships among them will be relativized. The definition of family becomes something new.

Remember when Jesus’ own mother and brothers were troubling him about wanting to speak with him while he was busy teaching in Galilee? Jesus responded, “Here are my mother and brothers! For whoever does the will of my Father in heaven is my brother and sister and mother.” What we have known as the natural bonds of the nuclear family has become occluded. Family is no longer who you share genetic material with but who acts like family. And in telling his disciples that these bonds no longer mattered so much in the longer scheme of things, Jesus is giving them freedom to act against the status quo, because not all of their parents will accept the truth of their decisions.  Not all of their siblings will drop everything and take up their own crosses to follow them.

In fact, this is the first time the gospel writer Matthew uses the word cross in his gospel. And while we read it with the understanding that the crucifixion of Christ always eventually follows, it is not meant to specifically reference Christ’s crucifixion but as a prerequisite to the life of discipleship. One must always be prepared to carry one’s own cross to share the good news, to be worthy of Christ. No matter what the cost.

So there we sit with this message. The truth, which is meant to set us free, in fact seems to be engendered to cause strife. The Prince of Peace seems to destroy peace. Families uprooted, and all we have to show for it is a costly grace that we have earned for it. And it may appear, if one sees this in the cynical manner than one sometimes gets when woken up on the wrong side of the bed after a particularly emotional stressful day, that the good news really hard to find amidst this message.

But Jesus is sincerely not trying to frighten them, he’s not trying to test their mettle to see which ones actually have the chutzpah to stand with him when push comes to shove. He’s underscoring the reality of what being his discipleship really means. And we’ve been talking a lot about discipleship since Pentecost, and for myself I think it’s quite a good focus on what it means to be sharing the truth of ourselves. What it means to be in this covenant we have with God.  When Jesus is talking about his not bringing peace to the world, we can always look on it with the context of the world he was living in. Indeed, do you know what the Pax Romana was? This was a period of time where there were no wars abroad, because the Romans, at least in their serious influence, held the Mediterranean in thrall with iron chains. When Jesus talks about disrupting peace, many people immediately think about the overthrow of their oppressors.

But it is more than that, because the truth of our lives may disrupt more than that. In those days, the choice to follow Jesus was a hard one to take, particularly for people who had family steeped in the old law, the Hebrew law. The way of Jesus ran counter to centuries of tradition and understanding of a person’s relationship with God. And if his followers’ parents, siblings and children were not ready to follow him, or worse, stood against all that Jesus stood for, then it was best for Jesus’ followers to essentially shake the dust off of those places. Genetics does not hold a candle to the word of God.

And speaking our truth in our households can often be disruptive. There is a parade going on today in San Francisco that was first organized at a time when most of the people involved had been rejected by their families wholesale for proclaiming the truth in their lives. And while the world has come a long way for LGBTQ people since the 1970s not all families or communities, particularly those from certain more fundamentalist faith traditions, are inclined to be open to the natural condition of their children without trying to force compliance to sexualities or gender identities that are unnatural to them.

And other truths can be just as disruptive to our relationships with our families of origin. When many people, and particularly white people hear someone proclaim the words “Black Lives Matter”, they seem to go to this place inside of them that tells them that this means that their lives don’t matter. And so, this fragility so often experienced by people of privilege, who don’t usually see their privilege prevents them from moving toward an understanding the frustration of people always having to explain, by virtue of the color of their skin to police why they’re carrying a licensed firearm, why they’re driving their own nice car, why they are walking through a neighborhood in which they live, why they have to go through hoops to do things the rest of us take for granted because they’re afraid of being shot by cops. And nothing you can say to them will help those who don’t get that from opening their hearts for people who have different experiences than them, because those who don’t get that hear their own frustrations echoed, intentionally and pointedly sometimes, in the language of pundits on television with million dollar mansions who have no moral compunction against disavowing the state of the minorities among us.

And so, what can you say to people who don’t realize that they don’t need to hear that “white lives matter” because there has never been a time that society has not subconsciously provided that message? And truth-telling these members of our families, our community, becomes a source of contention. And divisions prevail, even when the gospel message calls us to uplift the persecuted and welcome the stranger among us.

But God calls us into a new family paradigm. And while we may in fact, be in a place where we have great relationships with our families of blood, but remember that many of us are not. We live with our families of choice. And at the end of Matthew’s gospel, which we read two weeks ago, the disciples were called on the great commission to bring people into this new family of choice, and to baptize in the name of the Father and of the Son and of the Holy Spirit.

Peace is a beautiful goal and it is one that we long for, but the message of truth and salvation, the heralding of God’s heavenly kingdom is one that disrupts complacency and destroys the old ways of doing thing. The Good news cries out in new and wonderful places, and we are God’s

Because the good news needs to be proclaimed, and we are God’s tools to do it.

This site uses Akismet to reduce spam. Learn how your comment data is processed.