Skip to content
It’s easy to understand we’re called to do radical hospitality. As Christians, though, it can be much harder to accept radical hospitality ourselves.
This sermon is quite a bit different from how it was written, therefore, please listen to the sermon rather than read it.  The sermon notes which are included for convenience.

Every Sunday morning we read our very familiar welcome statement which leads us into worship with a sense of who it is we want to be as a community and how we want to live. And every Sunday morning with that declaration we are opening ourselves to becoming vulnerable to whomever might come in whatever condition or state of life they may be. The statement itself is often known as radical welcome, and yet having a statement alone does not define exactly how welcoming a congregation is. 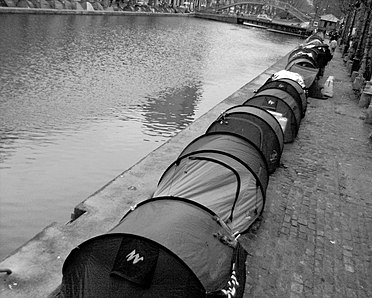 We can hang a banner over the front door to the street that says “All Are Welcome In our Church” but if we don’t make visitors feel that indeed, we wish to have them here beside us and being a part of our family, they probably won’t want to come back. That means people of all varieties and backgrounds, creeds and colors, gender identity. It means it’s a job for the pastor and the regulars who sit in the pews as well. It means coming to Sunday worship is more than just sitting here and connecting with God on our own, it also means connecting with the outsiders and making our home, their home.

Because I think many of us have been to a new church a first time or visited one when we went to another area. And I know what it feels like to walk into a sanctuary before service and be completely ignored by the congregation members in a place that proclaims from the rafters that everyone is welcome. Radical hospitality demands a definitive action on the part of the hosts. Because signs in and of themselves only make statements and direct people, they don’t make truths.

But how much does that translate into being the guests of good hosts? How are we to accept radical hospitality, particularly when it means that we have to be vulnerable to the people who are providing it?

So we are continuing from last week Jesus’s instructions to the twelve disciples as he is sending them out to proclaim the good news and to do deeds in his name, he has just warned them of the persecutions that they will face. And now he’s promising to give reward to any person who will help the disciples along the way and who will offer support to their ministry.

And he is couching it in some language the disciples would have been intimately familiar with. Welcoming a prophet and receiving a prophet’s reward? Well, in our reading we have Jeremiah and Hananiah with two competing prophecies for the people of Judea: and Jeremiah being openly hopeful that Hananiah’s prophecy of peace for the people to come true, but also questioning, because he himself had the word spoken in different ways to him and had advised that the kingdom submit to the vastly stronger King of Babylon lest war and hardship take them away. What was the prophet’s reward? For the people of Israel, having heeded the prophecy of the true prophet of God, Jeremiah, it meant safety and security.

And what of the reward of the righteous? We have evidence over and over again that Jesus means this to be the kingdom of God. In our second reading from Roman Paul talks about our having been slaves to sin while living under the law, and indeed, the rewards of that life is death. But by the grace of God through Jesus Christ, we are freed from death and become slaves to righteousness. And the reward of this new state of being is that we become holy people, sanctification, with the end result being God’s kingdom and eternal life. The reward of the righteous is, in fact an abundance of life overflowing and sharing in the beloved kingdom of God.

The little ones Jesus speaks of are only children in the metaphorical sense. As he speaks of his disciples going out he speaks of them in the terms that they are his children in the world. And in the image of their being offered a drink of water to quell their thirst we are reminded of the welcome Jesus received by the woman at the well in Samaria, and living water that baptizes all the people of God and embodies the holy spirit present in the disciples as they go out and share the good news of God, the love of one another.

The lives of the early Christians were fraught with misadventure and ill. In the Acts of the Apostles we read about imprisonment and death, we read about mobs coming after Paul because of what he stood for. The Roman Catholics have documented innumerable martyrdoms of early Christians in gory detail. The gospel spread in those early years exponentially, but not without cost to those that the Holy Spirit sent out.

But within the book of Acts is also those stories of the people who welcomed the early disciples of Christ in their homes, who did the bidding of God and helped the early believers as they acted out the good that the Holy Spirit sent them out to do. Names of people like Simon the Tanner, Cornelius, Lydia, Ananias (there is a good one), Prisca and Aquila, Sergius Paulus. People who helped carry the gospel by helping the people who were carrying it. People who opened their homes, provided resources, who gave of their time and energy in order that those who carried the message would be able to get it through.

God makes a way for the good news to travel. Even as we practice a hospitality that is more than simply welcoming, it actively invitational, we must also be prepared to envision where we are made welcome to do the work of God in the world, to see those means that we are able to share the good news in the world.

Where do you feel welcome? Where do you feel at home? Where are there people opening their hearts to you and allowing you a place to be vulnerable and speak the good news of Christ? The heart of the gospel is that the kingdom of God is close and that God loves the whole world, that we are called to love one another as Christ loves us and that we offer welcome to our neighbors even as we accept their welcome in the name of Christ.

This, my sisters and brothers, is living out God’s imminent kingdom in the world that we may prepare for God’s heavenly kingdom to come. Because let me tell you, if you think earthly radical hospitality and welcome is hard to come by, we have an incredibly open and hospitable host awaiting us in God’s great hereafter. And we can but model it in our homes and in our communities, as Jesus taught us to do and with the help of God’s Holy Spirit guiding us and giving us strength, that God’s good news be declared all throughout this world of God’s beloved people.